A popular misconception about Africa is that it is a homogenous “dark continent”. Countries might have different names and fashion the typical red, yellow and green of their flags slightly differently. But otherwise the same. Sun, dust, corruption, flies, pot bellies, breasts, civil war and game. Africa.

Despite the obvious annoyances from hawkers, currency exchange “agents” and overloaded trucks I love border crossings in this region because I think they best undermine this notion. At these hectic junctions the world can change in the space of two hundred meters. This is most evident when crossing from English speaking Africa to francophone or Portuguese Africa.

This weekend I made my second venture into French speaking Togo, Ghana’s eastern neighbour. Having finished my stint with the TV station I headed off alone in search of some much needed rest and relaxation. Despite a fantastic six months the litter and traffic of Accra has worn me down. I spent Saturday on the Ghanaian side of the border in Keta, a small sinewy settlement strung along a sand bar separating the ocean from a shallow lagoon behind.

In its day Keta is supposed to have been a highlight for backpackers. However due to the ravages of a rising sea and retreating coastline much of it is now submerged out to sea. Only a third of the old Danish fort remains and an atmosphere of gloom surrounds the dwindling community. With the exception of a rotund Ghanaian businessman I spent the night in the 1960’s concrete Keta beach hotel alone. Depressing. I headed for Togo first thing on Sunday morning.

The border crossing is 40 miles further eastwards along the coast. Thanks to belated efforts at redeveloping the area the road out of Keta is exceptional and initially my TroTro was rattling on at a decent speed. However ten miles before the border the tar runs out and the paced slows as my back and the aging suspension have to contend with a rutted read earth road. Dust is everywhere and road side shacks, houses and schools are covered in a rusty haze as we pass.

Like Keta, Afloa is stretched along the road leading to and from the border crossing. Along with phone credit, water and nick-naks the street vendors sell Ghanaian staples; Banku, Watchi and Fufu. Bulky and unremarkable starches. To the north of the town is a mangrove swamp whilst the ocean marks the town’s southern extremity. A dirty unremarkable town. Impossibly however, peaking just above the rural skyline is a series of multistory hotels.

Thanks to the Treaty of Versailles in 1919 which deprived Germany of its African Colonial possessions German Togoland was divided between France and Britain and new border was drawn clumsily on the edge of the capital. Today downtown Lome, the seat of seat of government in Togo is only a few hundred meters from rural Ghana.

Immediately as you step foot in Togo you are on the main beach drag in the city. Aflao and Ghana is at once left behind. No Banku but rather baguettes. No Tro-tros but rather a fleet of motorbike taxis. Behind dirt and litter. In front a tarred coastal strip flanked on one side by shops and restaurant and on the other a pristine golden beach. 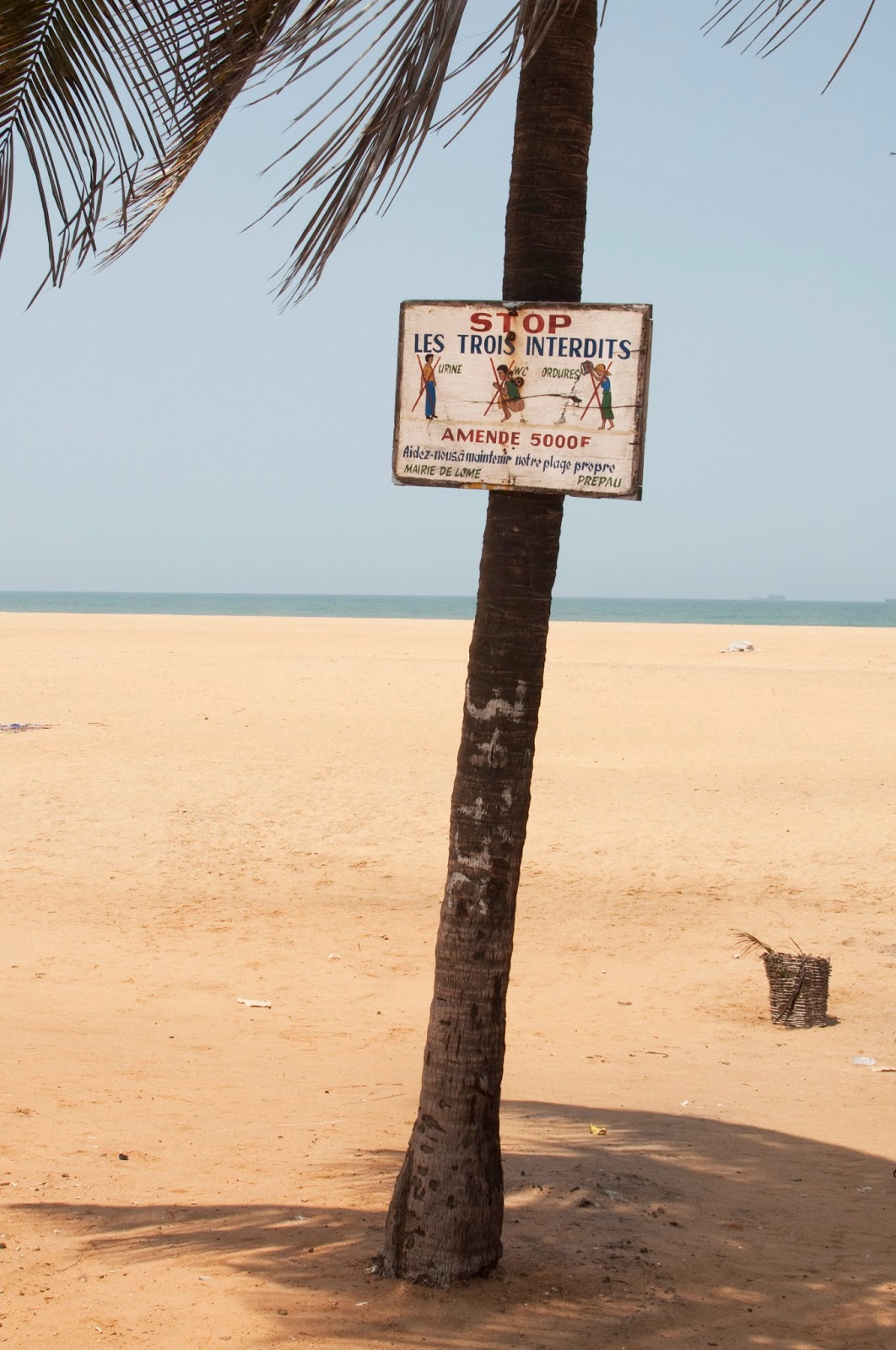 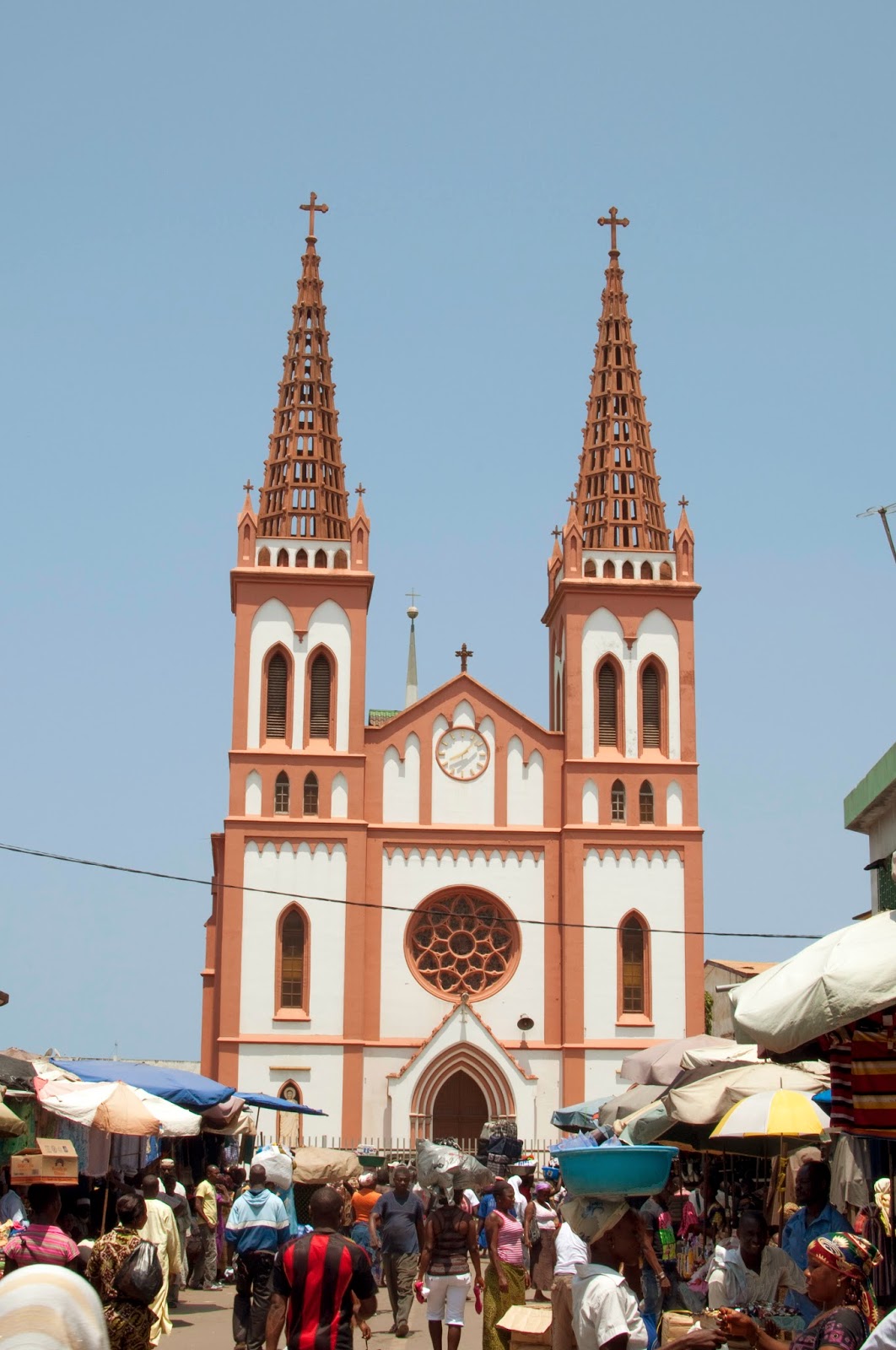 The beach is not a boundary or a public toilet like in Accra but the heartbeat of the city. Toddlers run in and out of the waves on the shore line, teenagers play football further in whilst old men in trilby hats sit under the palms watching the world go by.

As readers of some of my earlier posts (see Ghana: Africa for beginners) will have noticed, I have an unfair, irrational, but very real lack of tolerance for gap year students.

Whilst I never took a year away myself, I got my travel fix in a host of “gap summers” (Inter rail 2007, South Africa 2008 and Swaziland 2009). These summers were, without doubt, the richest and most rewarding of my life. Back then I conformed to many gap year stereotypes. I grew my hair long, wore African bracelets and even took a Swazi name during my time in the country. (Cringe!!)


However, even then, I had developed a sense of cynicism towards myself and others I saw on my travels. Here is an article entitled “Travel Politics” I wrote for the Student Newspaper The Sanctuary in 2008...

Spring is in the air in Manchester! At the slightest hint of the sun breaking through the Mancunian gloom, birds can be heard tweeting, lambs are frolicking and the population of Fallowfield are busying themselves for the forthcoming two days of summer. Flip flops are being extracted from the back of countless wardrobes, aviators are dusted off and all around flesh is being liberated from its kindly winter covering. Once the clocks go forward, thoughts inevitably turn to travel plans for the summer.
However, what the travel agents, websites, guidebooks and Lonely Planets don’t ever mention is the vast array of politics that is involved in travel. Where you have been and what you have seen is an all-important status symbol. Over at Sanctuary HQ we thought it might be nice to give you tips on how to hold your own in that inevitable conversation you will have with the person who “wants to make a difference” or longs to “see what’s out there”.
Whether encountered at university or abroad, these people are immediately recognisable. The males will have long scruffy hair, in the “just woken up” look, a complement of beads, scruffy jeans and t-shirts branded with slogans such as “baada ya Kazi”. The female look is “boho-chic”: kinked hair, flowing skirts, opened toed shoes and perhaps a “bag for life”. A fair trade drink is also an essential accessory.
If you find yourself cornered by such a frightfully bohemian youth, here is a blagger’s guide to surviving the inevitable one-upmanship. Firstly, when talking about previous travel experience, NEVER admit to holidaying on the Spanish coast, unless to state how disgustingly over-developed it is; the Brits that go there are terribly crass and poorly educated. Extra kudos is available to those that have been south of Gibraltar and east of Germany. The further away you go, the better person you are. However there are exceptions: camping in the Lake District or renting a cottage in the Highlands is now very kitsch; remember to stress that your midge-infested holiday was a conscious choice in order to lower your carbon foot- print, and that you have a deeply held disgust for the airline industry.
If the conversation turns to political ideology make sure that you establish your liberal credentials. Remember you have never voted, or even thought of voting for anyone other than The Green Party or the Socialists. You would never be seen reading the “Torygraph” - your newsstand diet consists entirely of The Guardian and The Big Issue (alongside The Sanctuary, of course!). The main issues that haunt you daily are the humanitarian situation in Tibet, the perils of Chelsea tractors, and the sad plight of the endangered Snow Leopard.
As a final parting shot, might I suggest that you mention your passion for voluntary work? Many of you will have no doubt helped to build the odd school in your gap year, but for those of you who haven’t, do not despair – be creative. Ever worked in a charity shop? Been a member of scouts or brownies? Helped an old lady with her shopping bags in Sainsbury’s? Perhaps lying is wrong, but bending the truth can never cause much harm, can it? Hopefully, if you have followed at least some of this advice, you should be able to escape the clutches of most self-righteous travellers unscathed, without having developed an inferiority complex.
From all of us at The Sanctuary travel team, enjoy going away this summer. Go and do what you love, and, if you do get sucked into a session of drawn out travel politics, then just remember my tips!

So why am I bring this all up now? Well, thanks to Mr Adam Waise and facebook status updates I discovered this little beauty about gap years by the satirical website The Daily Mash. Think the captivated the mentality of a gap year better than I ever could. Made me chuckle and thought it would for you too!